Differences between a boss and a leader

Differences between a boss and a leader

Taking over a managerial position is important and it’s very nice seeing all your efforts being acknowledged and getting the chance to evolve and grow in your workplace. But, being a manager can be more challenging than what you thought of in the first place. Being a supervisor does not automatically make you a good leader, you have to try really hard to reach that level. The way you interact and communicate with your team will help understand what your strengths and weaknesses are as a manager.

According to many surveys, a large percentage, close to 50%, of the employees who took part in them, said that in the past they quit their jobs because of a bad boss. The spirit and the atmosphere in the workplace are really important if you want to have a dedicated, happy, and productive team working with you. Your job takes at least a third of your day and that is why a good mood is critical. Below you will find some differences between someone who acts like a boss and someone who is a leader, to identify which category you are in and what you can change to become an aspiring leader.

What a boss does is to giving instructions to the team, ensuring that the employees will follow the company’s rules and processes, and finally, getting the work done. On the other hand, leaders stand by their employees, show them the way to get to their goal, and motivate them to be the best version of themselves. Moreover, bosses do not pay much attention to the employees’ feelings and thoughts and think that their opinion is more important than anybody else’s. Instead, a true leader is there to hear what the team has to say and explains to them why everything is done the way it is. 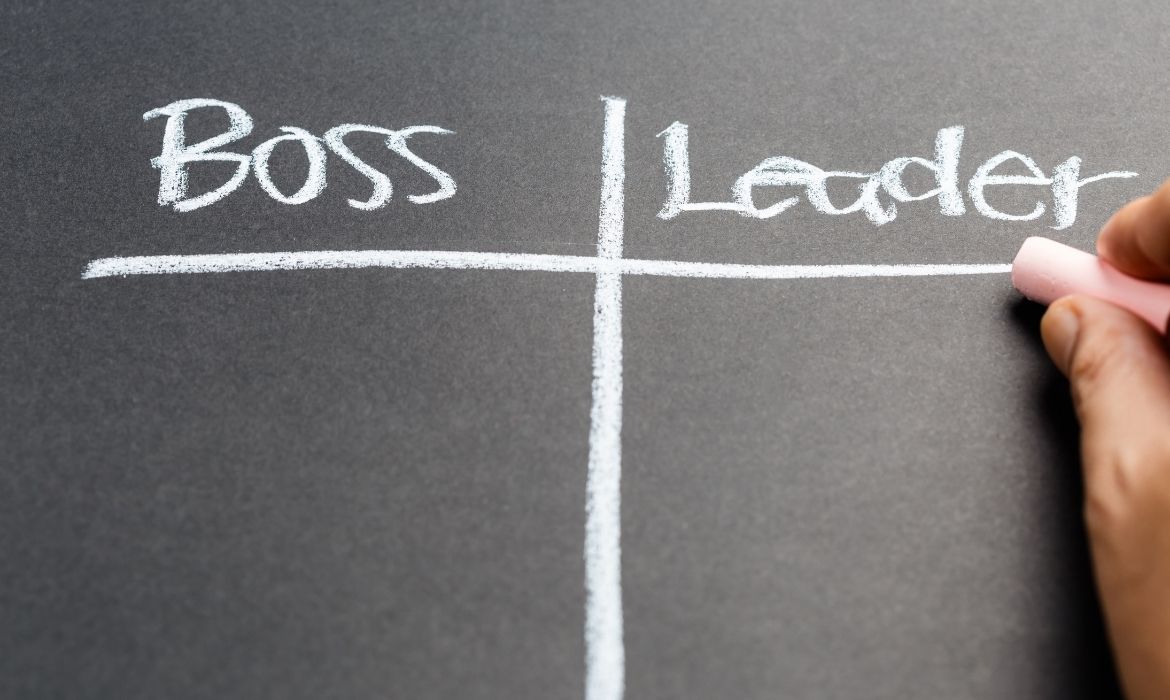 Another big difference between a boss and a leader is that the first one thinks short-term, whereas the second one is thinking long-term. Bosses just focus on the objectives of their department and, by following the company’s policy, try to reach their goal by micromanaging. On the exact opposite hand, leaders are really interested in doing what they think is right. They prefer assigning responsibilities to the employees instead of micromanaging themselves. This way the employees feel more empowered and leaders have more time to think of the important stuff.

Bosses are over the team, leaders are a part of it

Bosses think of their employees as people who are below them hierarchically and are there to follow orders and get the work done. They do not care about getting to know them or learn about their needs and thoughts. Leaders, from the minute, that they become part of a team, will start creating a motivating mood and will be interested in starting a bond and connecting with each individual. This way they will cultivate a happy atmosphere and they will be able to explain their vision in a personalized way, according to each person’s way of communicating. They think of themselves as a part of the team and that all together will achieve their goal, only if they are united.

Leaders are, first and foremost, human beings and they treat everybody else in the same way. They respect their coworkers and are there only to help them with any obstacle that may come up and make the best out of them.