A zero day exploit is an attack that was previously unknown to the target or security experts in general.

For several years, most news articles about a computer, network, or Internet compromise has mentioned the phrase “zero day exploit” or “zero day attack,” but rarely do these articles define what this is. Many believe that the term refers to attacks that were just released into the wild or developed by hackers in the current calendar day. This is generally not the case. The “zero day” component of the term refers to the lack of prior knowledge about the attack. That the victim has zero day’s notice of an attack. The main feature of a zero day attack is that since it is an unknown attack, there are no specific defenses or filters for it. Thus, a wide number of targets are vulnerable to the exploit. 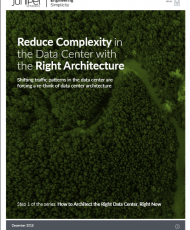 Reduce Complexity in the Data Center with the Right Architecture